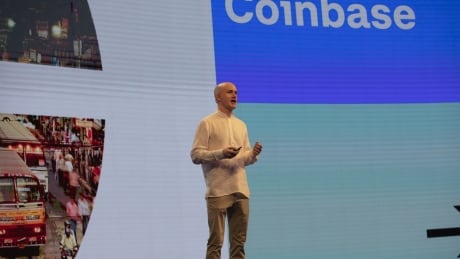 The gloom in cryptocurrencies continued into Tuesday with one of the biggest trading platforms in the sector announcing it will be laying off 18 per cent of its staff.

fxer
reply
> Armstrong said any staff losing their job will be told so on their personal emails "because we made the decision to cut access to Coinbase systems for affected employees."

Israeli Police Attack Funeral of Journalist Israel's Army Admits It Might Have Killed by Robert Mackey
Friday May 13th, 2022 at 2:16 PM

The Israeli occupation forces attack the funeral of #ShireenAbuAkla pic.twitter.com/RumZvMjZrV

Abu Akleh was fatally shot while covering an Israeli raid on a refugee camp in the occupied West Bank on Wednesday. Fellow journalists who witnessed the shooting said Israeli forces had fired on them. Israel’s prime minister and other senior officials initially said Palestinian militants were “likely” to blame, but the Israeli army admitted on Friday that one of its soldiers might have fired the fatal shot.

The assault on the mourners, who were beaten with clubs at a hospital in East Jerusalem, stunned viewers who watched it unfold on live television, further enraging Palestinians and the dead journalist’s colleagues and fans.

Israeli police said they attacked the procession because mourners waved Palestinian flags and chanted nationalist slogans. The televised assault on the funeral of a beloved figure only intensified the outrage over her death.

The videos coming out from the funeral procession of #ShireenAbuAkleh are horrifying. Israeli forces carrying stun grenades and beating up mourners. Even in death we are under Israel’s boot as they try to control our mourning. #FreePalestine

The sheer obscenity of #Israeli forces storming a hospital, beating up the mourners, & preventing them from carrying Shireen’s coffin to her final resting place is horrendous. Now they’re surrounding the hearse having separated it from the mourners, who themselves are besieged.

Waiting for the talking points media will repeat to justify this.
Israel fears a coffin! https://t.co/NFSlhLXi9H

Thousands of people later joined the procession for a beloved national hero before a funeral at a Catholic church in Jerusalem’s Old City.

We arrived to the heart of occupied #Jerusalem from Nazareth Um El Fahem Haifa Acre Jaffa and Naqab, “armed with our cameras”, grief and anger! Rest in power habibti #ShireenAbuAqla we will miss you a lot! Your voice will never be silenced ?? pic.twitter.com/D56fgJBVpS

You embodied the best of Palestine, Shireen. Palestine came out for you ??. pic.twitter.com/LKaJZcfz91

The suppression of dissent continued throughout the day.

At this point, people working at corporate media outlets should be ashamed of themselves for ever referring to this stark asymmetry of power as “clashes.” This is assault. pic.twitter.com/Eya5RCQz5e

Later on Friday, Israel’s army said the results of an interim internal investigation suggested that its soldiers might have fired the shots that killed the Al Jazeera correspondent and wounded her colleague.

That admission marked a sharp retreat from the initial version of events offered by Israeli officials, who responded to anger over the killing of Abu Akleh on Wednesday by quickly distributing video of a Palestinian gunman firing down an alley during the raid. Officials also released statements calling it “likely” that the journalist was killed by a Palestinian militant, not an Israeli soldier.

Later the same day, however, a researcher for the Israeli rights group B’Tselem, Abdulkarim Sadi, recorded video showing that the Palestinian militant had been in a part of the camp that made it impossible for him to have shot Abu Akleh.

The interim Israeli investigation acknowledged that the Israeli vehicles were parked about 200 meters away from Abu Akleh, and said that if she was shot by an Israeli soldier, it must have been because the soldier “fired several bullets from a special slit in the jeep and through a telescopic site at a terrorist… and there’s a possibility that the reporter stood near the terrorist.”

That version of events was flatly contradicted by several other journalists who were with Abu Akleh at the time, and have insisted that they were nowhere near any of the Palestinian militants in the camp.

Hagai El-Ad, the executive director of B’Tselem, told me by phone on Friday that there is no reason to expect the Israeli Army to release any more of the video it collected from soldiers after the incident. The Israel Defense Forces, El-Ad said, has a track record of only releasing video evidence “when it is beneficial to support the Army version of events.”

The rights activist also called it “grotesque” that the United States had called for Palestinian authorities to conduct a joint investigation with Israel, given that Israel had repeatedly used slow-moving investigations to “whitewash” the killing of Palestinian civilians living under Israeli military rule.

The American pressure on Palestinian officials to allow Israel to take part in the investigation of itself, shows the “U.S. complicity in what’s going on here,” El-Ad said, even when the victim is, like Abu Akleh, an American citizen.

The post Israeli Police Attack Funeral of Journalist Israel’s Army Admits It Might Have Killed appeared first on The Intercept.

Elon Musk today said Twitter's decision to ban Donald Trump was "morally wrong," and that he would reverse the ban if he completes his pending acquisition of Twitter.

Financial Times reporter Peter Campbell asked Musk if he would reverse the Trump ban during a keynote session at an FT conference on Tuesday. "This is really the toupeed elephant in the room: Are you planning to let Donald Trump back on?" Campbell asked in an interview that otherwise focused mostly on the car industry.

"The answer is I would reverse the permanent ban," Musk said, adding that his deal to buy Twitter is not guaranteed to be completed.

"I think it was a morally bad decision, to be clear, and foolish in the extreme," Musk also said. Campbell pointed out that Trump was banned for inciting violence. "Even after he egged on the crowd who went to the US Capitol, some of them carrying nooses, you still think it was a mistake to remove him?" Campbell asked.

Musk responded, "if there are tweets that are wrong, those should be either deleted or made invisible, and a temporary suspension is appropriate, but not a permanent ban."

Noting that Trump "has publicly stated that he will not be coming back to Twitter and he will only be on Truth Social," Musk said that "banning trump from Twitter didn't end Trump's voice. It will amplify it among the right and this is why it is morally wrong and flat-out stupid."

Musk: Trump ban “alienated a large part of the country”

Musk, the CEO of Tesla and SpaceX, also said he has spoken with Twitter co-founder and former CEO Jack Dorsey about permanent bans:

I've talked to Jack Dorsey about this and he and I are of the same mind, which is that permanent bans should be extremely rare and really reserved for accounts that are bots or spam, scam accounts, where there's no legitimacy to the account at all. I do think it was not correct to ban Donald Trump.

I think that was a mistake because it alienated a large part of the country and did not ultimately result in Donald Trump not having a voice. He is now going to be on Truth Social as will a large part of the right in the United States, and so I think this could end up being frankly worse than having a single forum where everyone can debate.

Musk said his opposition to permanent bans doesn't mean that Twitter under his ownership would never issue suspensions or delete tweets. "That doesn't mean they get to say whatever they want to say," Musk said. "If they say something that is illegal or otherwise just destructive to the world, there should be perhaps a timeout, a temporary suspension, or that particular tweet should be made invisible or have very limited traction. But I think permanent bans just fundamentally undermine trust in Twitter as a town square where everyone can voice their opinion."

When Twitter banned Trump in January 2021, the company said, "we have permanently suspended the account due to the risk of further incitement of violence." Twitter explained that elected officials and world leaders are given some leeway, but "these accounts are not above our rules entirely and cannot use Twitter to incite violence, among other things."

Musk's $44 billion offer to buy Twitter was accepted by the company's board of directors on April 25. The deal is pending shareholder and regulatory approvals and is expected to close this year.

Musk “against censorship that goes far beyond the law”

Musk has said he's buying Twitter to protect free speech on the platform. Musk's definition of free speech suggests that he's willing to comply with any government-imposed restrictions on speech but wouldn't remove any content unless it's specifically banned by law.

"By 'free speech,' I simply mean that which matches the law," Musk wrote on April 26. "I am against censorship that goes far beyond the law. If people want less free speech, they will ask government to pass laws to that effect. Therefore, going beyond the law is contrary to the will of the people."

Twitter has historically banned or suspended accounts and removed tweets for violating the company's rules, relying on its own First Amendment right to moderate the platform. On Friday, a federal judge in California dismissed the Trump lawsuit in which the former president challenged his removal from Twitter.

Best of The Atlantic